I keep track of my workouts in my trusty rusty notebook.  I was flipping through it to see how the month was shaping up and noticed that I had some unusual entries.  Theses that will show up in my monthly summary.  They are activities that I thought were worth tracking, but it's not necessarily obvious how they link to training:

Do you log any unconventional training activities as workouts?
Posted by Unknown at 5:01 PM 3 comments:

Looking over this past week, my running plus fitness walking mileage isn't bad.
That adds up to 19.4 miles running plus 8.8 miles fitness walking for a grand total of 28.2 miles by feet. Woohoo!!  Not a bad week.  And of course, the best part is that my knee is behaving.  I think walking, stretching, and having the chiro work on my IT band is helping.  Plus running only on dirt and avoiding hills.  It isn't a recipe for fast racing, but it does seem to be a combination that is keeping me running without pain. 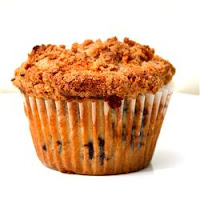 Side note, sometimes I find running to be, at best, calorie neutral. Why?  Well, here's an example. This morning my running partner and I ended up on the topic of baking while we were running.  I ended up stopping at the store for some blueberries and the next thing I know I'm making over-sized blueberry muffins with a cinnamon crumb topping.  I wouldn't doubt it if I undid the caloric benefit from running by consuming a few muffins. Oh well.  What can I say? I like baking!

How was the past week for you?  And are you baking anything yummy?
Posted by Unknown at 1:07 PM 5 comments: 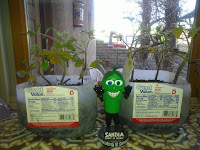 Reflections from an under-trained 10K

This morning I ran the 10K race at Albuquerque Half Marathon's.  I went in horribly under-trained as my knee has been bothering me, and I didn't expect it to go very well.

Actually, I started with a goal of not having it be a personal worst, but that wasn't much of a goal. My running partner and I and decided to make this a training run in which we would try to hit a 10:30 pace, which gave us 1:05:00 as a target. I've been running most of my training runs at about an 11:15 pace lately, so that seemed a bit aggressive under the circumstances.

But, of course, sometimes things go better than expected.  Thanks to a cooperating knee, the excitement of the other runners, a nice flat course, and a beautiful calm morning, we ended up running much closer to a 10:00 pace.  My finish time ended up being 1:02:17, about a 10:02 average pace.  She was about 9 seconds in front of me.  Husband finished in 53-something.  I know that I was 5th in my AG (F45-49), but I don't know how many people there were.  All-in-all, I am quite pleased.

I got to briefly meet a fellow blogger. (Just) Trying is for Little Girls was running the half-marathon in her quest for the 50 states.  I really hoped to have time to chat before the race, but wasn't able to locate her until a few minutes before her race started, so our meet-up ended up being only about 30 seconds long. She has photo evidence of the meet-up on her phone.  Hopefully she'll post it on her race report.  For now, you'll just have to take my word for it.

Updated:  Added the photo from her phone.  Hope she doesn't mind!  My number is on my leg because I wanted to take off the long sleeves before my race started.  The car was too far away to stash it there, so I ended up running with it tied around my waist.

One more update:  I saw a friend/colleague who ran in Boston last week at the finish line cheering us and others on like he often does.  For some reason though, he had decided to go back to his hotel and clean up right after his race ended on Monday and wasn't hanging around the finish line  when the explosions happened. Anyway, he said that he plans on running Boston again next year if he can get in because he won't let terror win.  I'm not sure I would be so brave.

Next up for me is Run for the Zoo 10K in two weeks.

FEELINGS:  I still have so many feelings about what happened on Monday, but find that I'm not able to state them eloquently. So I won't even try. But believe me, it's been heavy on my mind all week.

FAILURES:  My plan to get up early and run on Mon & Wed before work was only a partial success. Monday went well. But things fell apart on Wednesday. It wasn't my fault though! Husband was having trouble sleeping and decided to turn off the alarm in the bedroom and sleep on the couch with an alarm set on his mobile device. He intended to come in and set the alarm for me in the morning, but forgot. Most of the time I end up waking up before the alarm anyway, but not yesterday. I ended up oversleeping. Oh well.

FEARS:  I am so not prepared for the 10K on Saturday! At this point, I'm afraid it will end up being a personal worst. Why? Well, In addition to not being in 10K racing shape, I have a concern that my knee will act up and I'll end up needing to walk a sizable portion since this course is entirely road running. Sigh.  In the grand scheme of things, I realize that how fast or slow I cover the 10K distance on Saturday isn't important.  But right now that doesn't seem to stop me from fretting over it.
Posted by Unknown at 6:08 AM 5 comments:

light shines in the darkness

I'm still having a hard time wrapping my head around what happened yesterday in Boston.

One thing that struck me, though, was the heroism shown even in those first moments after the explosions. I'm fairly sure my first instict would be to run away, but yet there were so many brave men and women who headed immediately into the chaos, thinking only of getting to those in need.  Many more offered their help over the next several hours and continue today.  Incredible stories of heroism and kindness rising out of such a senseless act of tragedy.

I offer a heart felt THANK YOU to the heros of the day (police, national guard, bystanders, volunteers, medical personnel, etc.) for their acts of kindness and bravery.

The light shines in the darkness, and the darkness can never extinguish it - John 1:5 (NLT)
Posted by Unknown at 8:04 AM 4 comments:

Without going into too much of a rant, let me just say that I'm really tired of two things right now: scheduling my runs around others & the freaking wind.

I've been planning my running schedule so that it works out better with others.  Generally, this means planning to run in the afternoon which is when the wind is at it's worst.  Too often that results in us cancelling due to excessive wind (and sand-blasting and allergies and general ickyness).  I'm so over that. 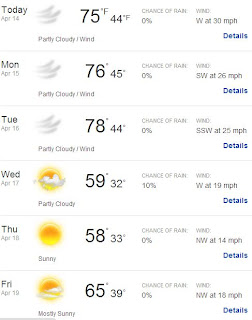 Given past performance with weather conditions such as those in the forecast for the first half of the week, I just know I need to do something different.

The new plan is that I will *really* try to run solo in the morning before work (at least on Monday & Wednesday) before work before the wind gets too bad.

Disadvantages:  No running partner, colder running temps, earlier wake-up (coldest part of the day is right after the sun comes up, so temps will be close to the lows listed in the weather forecast)

Advantages:  Less wind, Can run from home (vs. drive to meet somewhere), less rushing after work.

Wish me luck!  I'll need it when the alarm goes off...

I've been rolling.  And I decided to switch back to my old running shoes (just to eliminate another variable).  Ended up doing a run/walk with a friend Friday evening, and then a 7 mile run with my running partner Saturday morning.

Guess what?!  No Knee Pain.

Both efforts were quite slow, but getting through them without knee pain resulted in a huge boost to my confidence. Oh, and I still plan to make the cupcakes. ;-p
Posted by Unknown at 6:59 AM 6 comments:

I haven't decided what I'm going to do.
Blah.

[Update:  Husband suggests that I roll my IT Band to rule that out as the cause vs. my 'regular' knee issue.  Sounds like a good plan.  I'll try that first.]
Posted by Unknown at 9:43 AM 9 comments: